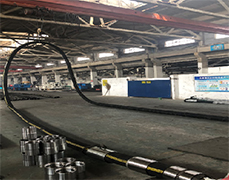 Oil prices climbed on Monday due to the supply uncertainty surrounding Libya and OPEC, but that trend appeared to change ahead of European markets opening.

It seems oil markets are once again focused on inflation following remarks from Powell that central banks would stay the course on rate hikes.

Meanwhile, economist Steven Roach has added his voice to the chorus of analysts that believe a recession is now inevitable.

At the time of writing, Brent crude was trading at $104.50 per barrel, with West Texas Intermediate at $96.86 per barrel, both slightly down on Tuesday’s close.

“Risk appetite has cooled over an anticipation that the Federal Reserve would continue to increase interest rates…A pull-back of natural gas prices in Europe also adds uncertainties to the picture of energy crisis,” analysts from Hong Kong-based Haitong Futures said, as quoted by Reuters.

The gloomy mood follows remarks made by Fed chairman Jerome Powell, who said on Friday that central banks are likely to stay the course of interest rate hikes as a means of reining in inflation.

In making these remarks, Powell admitted that they would cause “some pain” to households. The European Central Bank is also a supporter of aggressive rate-hiking as a tool for inflation control.

Separately, economist Steven Roach, a former Morgan Stanley executive, said the United States was definitely heading for a recession, deepening the pessimistic mood on markets and the outlook for oil demand.

“We’ll definitely have a recession as the lagged impacts of this major monetary tightening start to kick in,” Roach told CNBC. “They haven’t kicked in at all right now.”

Meanwhile, supply uncertainty remains although oil-buying in some key markets is not particularly strong, Reuters’ Clyde Russell noted in a column this week.

Russell reported that oil buying in Asia was softer than prices would suggest, as China’s imports weakened. He also noted that any potential output cuts by OPEC+ might not have a direct impact on prices since the group is already undershooting its own targets, and by a lot.