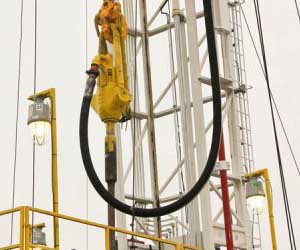 Independent Oil and Gas plc, the UK-based company working to develop its Phase 1 project in the Southern North Sea, has started drilling at the Elgood development well, 48/22c-H1.

Elgood is the first of five planned development wells in IOG’s Phase 1 project and is expected to take approximately three months to drill and complete, after which the rig will move on to Blythe in early Q3.

The Noble Hans Deul jack-up rig mobilized from the Cromarty Firth on April 1 and reached the Elgood field location early on April 4. After preparation and jacking-up the Elgood well spudded at 1730 hrs on Friday, April 9.

Andrew Hockey, CEO of IOG, commented: “We are very pleased to have kicked off the Phase 1 drilling campaign, another key milestone for the company as we continue to progress towards commercialization of our Core Project.

“This drilling campaign has been planned meticulously by the IOG drilling, subsurface, subsea and HSE teams since early last year, in collaboration with our main drilling contractors Noble Corporation, Petrofac, and Schlumberger, and our partner CalEnergy.

“We have a very clear collective focus on ensuring safe and efficient performance leading successfully to first gas in Q3 2021 at the Blythe Hub before continuing into 2022 at Southwark.”

UK-focused oil company Independent Oil and Gas (IOG) has informed that its field development plan for Core Project Phase 1 in the UK North Sea has been approved by the UK Oil and Gas Authority.

The Core Project comprises gas resources across six discovered UK Southern North Sea gas fields. Phase one, approved by the OGA in May 2020, will focus on the development of Blythe, Elgood, and Southwark fields.

IOG made the final investment decision on the project in October 2019, kicking off initial works on Platform, SURF, drilling, and onshore work streams.