Climate Change Is Threatening 40% Of All Global Oil And Gas 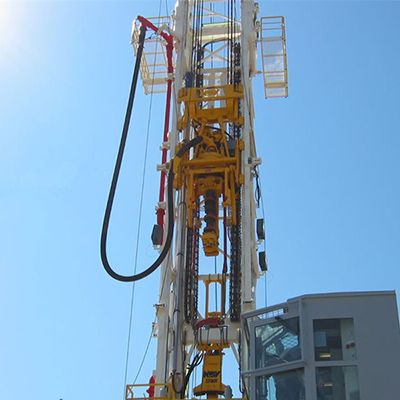 Extreme weather events resulting from the changing climate are threatening some 40 percent of the world’s recoverable oil and gas reserves, risk consultancy Verisk Maplecroft has said in a new report.

The portion is equal to some 600 billion barrels of oil equivalent, the report’s authors also said. Some 10.5 percent of the global recoverable oil and gas reserves are located in places that were rated as extremely risky under the consultancy’s Climate Change Exposure Indices, while the other 29.5 percent were rated as highly risky.

Among the events listed in the report are storms and floods, rising sea levels, and extreme temperatures.

According to Verisk Maplecroft, OPEC members Saudi Arabia, Nigeria, and Iraq are among the most vulnerable to these events. The Kingdom is under increased threat from droughts, sand storms, and extremely high temperatures, the authors noted. Together, these three countries account for almost a fifth of the world’s recoverable oil and gas reserves.

The worse news is that the adverse effects have already begun to manifest, according to the authors of the report. The Texas Freeze from February this year and Hurricane Ida were among the examples.

The Texas Freeze wrought havoc on the Texas oil and gas industry and left millions without power and heat, while Hurricane Ida caused a record 55 spills in the Gulf of Mexico, production outages, and outages in the refining industry on the Gulf Coast.

“These types of events?are going to become more frequent and more extreme, creating even greater shocks within the industry,” the report’s authors said. “But Identifying and disclosing these risks in line with the Task Force on Climate-Related Financial Disclosures (TCFD) recommendations is now a strategic necessity for energy companies if they are to mitigate these threats and offset?investor concerns over their transition to a low carbon future.”

We are manufacturer of rotary drilling hoses, choke and kill hoses, bop hoses, hammer unions, pup joints, swivel joints, loop hoses. If ever you have any requirement, please feel free to contact us.