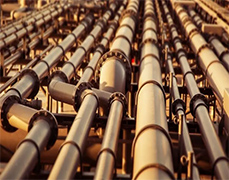 Oil demand in China is about to start recovering after the end of Covid restrictions, Reuters has reported, citing Chinese industry officials.

Lockdowns in the world’s second-largest oil consumer earlier this year dampened demand and weighed on prices and price outlooks because of Beijing’s zero-Covid policy. Because of the lockdowns, demand for oil in China is expected to have shrunk this year for the first time in 20 years.

“We look at high frequency data like airlines bookings, road congestion, consumption, and we see a little better activity in China,” a PetroChina official said at the Annual Asia Pacific Petroleum Conference, as quoted by Reuters.

Bloomberg quoted another industry executive as saying that the economic decline that gripped China earlier this year amid the lockdowns is now over and refining rates are on the rise. Gasoline consumption has also picked up and will lead the rebound in fuel demand, Chen Hongbing, deputy general manager at Rongsheng Petrochemical said at the industry event.

Earlier this month, Reuters reported that Chinese refiners were beginning to consider an increase in their run rates, anticipating stronger fuel demand and exports during the fourth quarter of the year.

There were expectations for fuel export quotas to the tune of 15 million tons for the final quarter of the year probably in a bid to reverse a decline in these exports.

“Even if the government says (refiners) can have the quota to export, they will wait and see when to export, when is the right time,” said Wu Quinan, PetroChina’s chide economist.

Imports, meanwhile, are also on the rise. In August, data showed that China boosted imports from Russia and Saudi Arabia, with the Kingdom retaining the top spot among China’s suppliers. In September, shipments from the Middle East have kept rising and imports from the U.S. have been on the rise, too, according to shipping data.

We are manufacturer for rotary hoses, drilling hoses, choke and kill hoses, BOP hoses and we have all the API certificates for oilfield hoses including certificates of API Spec 7K, API Spec 16C and API Spec 16D. If there is any requirement, please feel free to contact us.